When I saw on Young House Love that they were doing another Pinterest Challenge I was ecstatic.  I have been wanting to do something with the crayon project I saw from one of the past challenges and just never got to it.  This was the motivation I needed.

My project inspiration came from Unsimple Living.  She originally saw this picture from Etsy to get her inspiration: 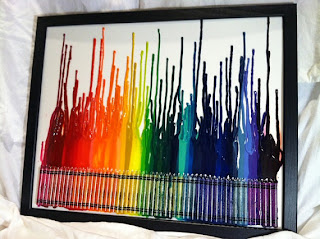 
The original idea was to use broken crayons that we received at the end of the school year, but being that school isn't out yet, we decided to use whole crayons.  I have always wanted to do more crafts with our three sons, but whenever I even mention the words "craft" or "project" they run off screaming in terror.  After completing this project, I can see why.  I am a hot mess when it comes to pulling a craft together. 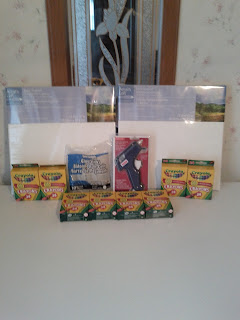 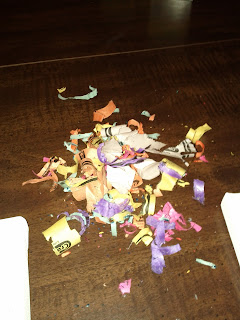 The crayons with the wrappers glued on without any issues.  The ones without the wrappers started to melt immediately and I had to glue a couple of them on twice before they would stick to the canvas.


This is what they looked like before we broke out the hair dryer: 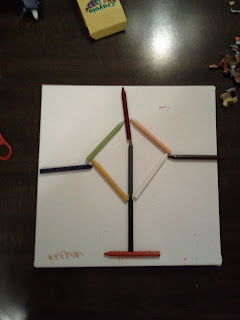 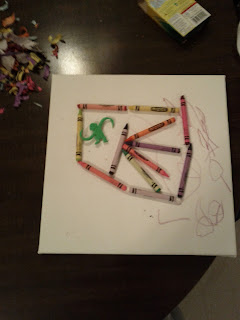 Logan helped me for all of two seconds before he got bored holding the hair dryer.  Admittedly, I got bored too and cranked the hairdryer up to high speed instead of low.  Instead of getting the crayons to drip, this ended up making the wax splatter everywhere.  I liked it.  But the artist did not.  After Logan saw his masterpiece, he burst into tears.  Apparently, I had assaulted his picture with the hair dryer and he was pissed.  He said he liked it better before.  Luckily, this kid bounces back quickly and within 5 minutes he was okay with it. 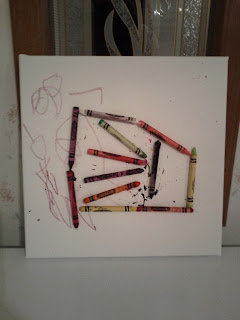 If you look closely at the scribbles you will see it is actually his name! 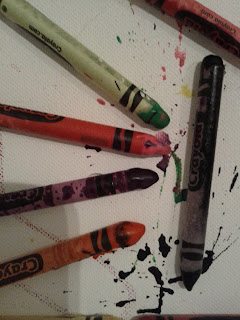 I then did Keenan's.  I went with the high speed for Keenan's picture as well because he said he liked the splatter effect.  But, because his crayons did not have the wrappers, they slipped right off the canvas.  We ended up deciding to just let them off slip off and decide how he liked it.  He didn't.  And neither did I. 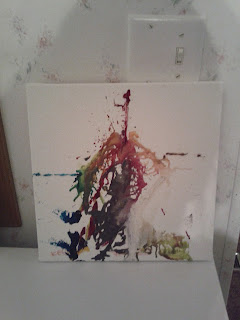 So.....our project turned into a two day project after all.


Wednesday, it was back to Michaels.  I got another canvas and went to get mini hot glue sticks.  All they had left were the glitter sticks and because I didn't feel like making another trip to another store, I bought them. 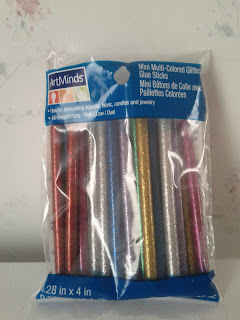 The second time went much smoother and Keenan LOVED how it turned out. 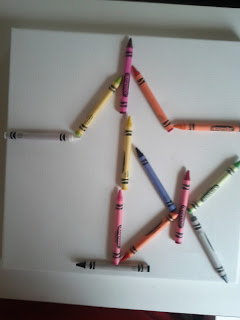 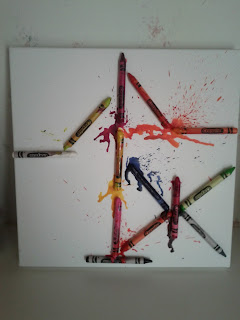 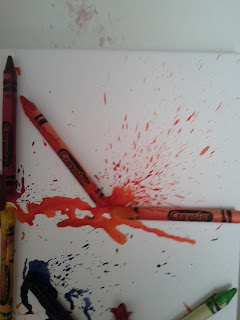 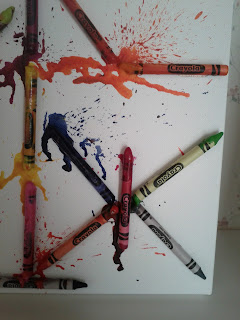 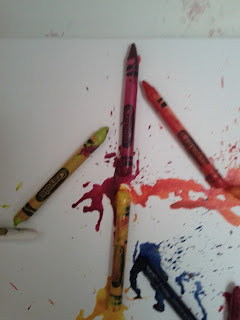 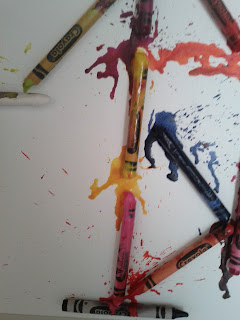 So....despite a few hiccups, we got two pieces of artwork to hang on their bedroom door.  And hopefully, I'll be a little more prepared now for the next challenge 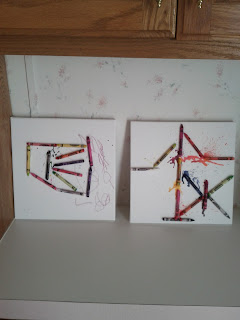 Be sure to check out the fabulous projects done by the hosts:  Sherry, Katie, Erin, and Cassie.  These girls are amazing.  One day I'll pull off projects half as cool as these!
Posted by Our Crazy Life at 7:56 PM 2 comments: